Our people are the company's most important resource 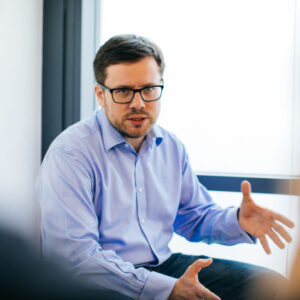 Paul has graduated from Christ Church, University of Oxford, with a Distinction and Best Overall Performance prize. At Oxford he wrote a distinguished project, Bayesian methods for solving estimation and forecasting problems in the high-frequency trading environment, supervised by Daniel Jones. He also graduated twice from Imperial College London. His MSci thesis Visualising the Invisible: Detecting Objects in Quantum Noise Limited Images, supervised by Duncan Fyfe Gillies and Marin van Heel, won him the university’s Donald Davis Prize and the British Computing Society SET Award for Student Making Best Use of IT.

Paul’s lectures at Imperial College London in machine learning for MSc students in mathematics and finance and his course consistently achieves top rankings among the students.

Dr Bilokon is a Member of British Computer Society, Institution of Engineering and Technology, and European Complex Systems Society. 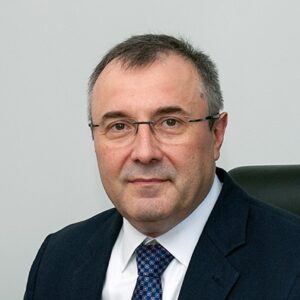 Oleksandr “Alex” Bilokon has over 20 years’ experience working in the shipping services industry, across the global shipping hubs, such as Cyprus, Hamburg, London, and, for the last 11 years, China. He has worked for the industry’s leading supplier, V.Ships, since 1996.

In 1983, Alex graduated with an MSc in Marine Engineering with Distinction from Odessa National Maritime Academy. He joined the Black Sea Shipping Company and progressed through marine engineer officer positions to Chief Engineer.

In 1996 he joined V.Ships and gained experience in Cyprus, Hamburg, and London.

In 2006 Alex relocated to Shanghai and became General Manager of China International Ship Management, a joint venture between China Shipping and V.Ships. In 2011 the joint venture expanded its business. By 2015 more shipping companies expanded into Shanghai FTZ. In 2014 and 2015 Alex won V.Group CEO Awards for his contribution to commercial performance and business development.

Also in 2017, Alex was a Speaker and Expert Panelist at the International Shipping Strategic Development Forum: The Golden Era: Opportunities for Sino-UK Maritime Trade and Investment.

In March 2018, a new Head Office in China opened in Shanghai. V.Group committed to growth in China. In May 2018, V.Group participated and was one of the prime sponsors of Marine Money China Ship Finance & Offshore Summit.

In his business development activities, Alex has actively participated in a very dynamic shipping and business market, attending conferences about once a month  ̶  in particular in Shanghai, Qingdao, and Shenzhen, where China’s shipping industry is concentrated. These conferences are organised by specialist companies such as Marine Money. He also built strong relationships with Chinese state-owned banks participating in ship leasing activities.

Alex was also a Member of the Shipping Consultative Committee of the Marine Department of the Government of Hong Kong Special Administrative Region (disbanded on 2017.09.22). 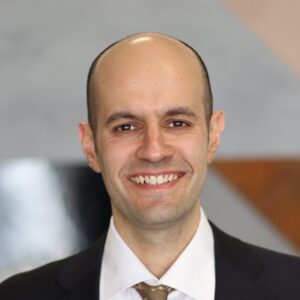 Saeed Amen is a Co-Founder of Thalesians and Founder of Cuemacro.

Over the past fifteen years, Saeed Amen has developed systematic trading strategies at major investment banks including Lehman Brothers and Nomura.

He is also the author of Trading Thalesians: What the ancient world can teach us about trading today (Palgrave Macmillan) and is the coauthor (with Alexander Denev) of The Book of Alternative Data (Wiley).

Through Cuemacro he now consults and publishes research for clients in the area of systematic trading.

He has developed many Python libraries including finmarketpy and tcapy for transaction cost analysis.

His clients have included major quant funds and data companies such as Bloomberg.

He has presented his work at many conferences and institutions which include the ECB, IMF, Bank of England and Federal Reserve Board.

He is also a visiting lecturer at Queen Mary University of London. 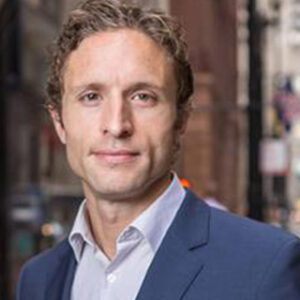 Assistant Professor in Applied Math Department at the Illinois Institute of Technology. His research in computational methods for finance is funded by Intel.

Matthew began his career in structured credit trading at Lehman Brothers in London before pursuing academics and consulting for financial institutions in quantitative trading and risk modelling.

He holds a PhD in Applied Mathematics from Imperial College (2007) and has held postdoctoral and visiting professor appointments at Stanford University and UC Davis respectively.

He has published over 20 peer reviewed publications on machine learning and financial modelling, and has been cited in Bloomberg Markets and the Financial Times as an AI in fintech expert.

Matthew has also authored, with Igor Halperin and Paul Bilokon, Machine Learning in Finance: From Theory to Practice (published by Springer).

Together we can achieve incredible things. Like, for example, having a much more transparent financial system, the cornerstone of a healthy, functioning democracy. It's all about sharing ideas in the spirit of innovation, the spirit of helping others. 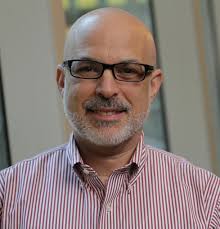 Harvey J. Stein is Head of Quantitative Risk Analytics Group at Bloomberg, responsible for all quantitative aspects of Bloomberg’s risk analysis products. Dr. Stein graduated from Worcester Polytechnic Institute in 1982 with a Bachelor’s degree in mathematics. After working at Bolt, Beranek and Newman for three years on developing and designing the precursor to the Internet, Dr Stein went to graduate school at the University of California, Berkeley, where he studied arithmetical geometry while working at Wells Fargo Investment Advisors. He received his PhD in mathematics from Berkeley in 1991.

For the last twenty-three years, Dr Stein has worked at Bloomberg LP. He built one of the top quantitative finance research and development groups in the industry. His group supplied derivative valuation methods for interest rate derivatives, mortgage backed securities, foreign exchange, credit, equities, and commodities, and built Linux clusters to supply these valuations to Bloomberg’s customers.

Dr Stein is well known in the industry, having published and lectured on mortgage backed security valuation, CVA calculations, interest rate modelling, credit exposure calculations, and other subjects. Dr Stein built Bloomberg’s business in the area of counterparty credit risk modelling and is currently focussing on regulation and risk modelling. He is also a member of the advisory board of the IAQF, an adjunct professor at Columbia University, and a board member of the Rutgers University Mathematical Finance programme and of the NYU Enterprise Learning programme. 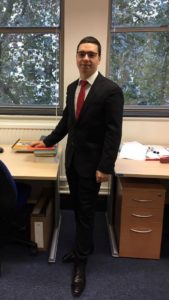 In 2017 he won the Faculty of Natural Sciences Prize for Excellence in the Support of Teaching and Learning and in 2019 he was nominated for the Student Academic Choice Award as a result of his outstanding work in the Mathematics Department.

He has worked with the Learning Technology team for the Faculty of Natural Sciences, where he provided suggestions for better administration of the College learning modules. 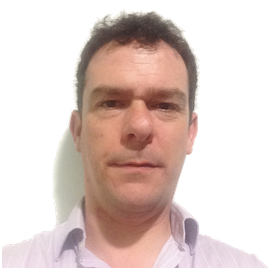 He is an expert in solving complex problems using advanced mathematics and technology with a particular passion for the identification, analysis, pricing, and management of risk.

He has held credit modelling positions for banks and asset managers, been Chief Scientific Officer for a number of enterprises with a focus on machine learning and artificial intelligence and was a mathematical modeller and exotic options trader for a number of tier 1 banks. 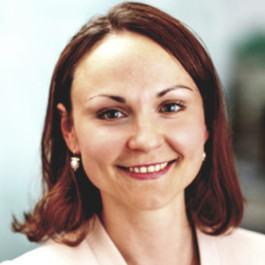 Blanka is an Honorary Lecturer in the Department of Mathematics at Imperial College London and a Lecturer at King’s College London. Her research interests are in the area of Stochastic Analysis and Mathematical Finance.

Blanka has co-authored a paper introducing one of the first applications of neural networks to mathematical finance, facilitating the calibration of rough volatility models. 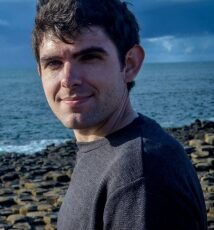 Aitor is a PhD student in mathematical finance at Imperial College London.

He is currently working in the QR Equities division at Natixis. His current research focuses on theoretical and numerical analysis of rough volatility models and their applications in finance.

He was awarded the 2017 Natixis Foundation for Research and Innovation prize for best Master’s thesis.

With Blanka Horvath, he has co-authored a paper introducing one of the first applications of neural networks to mathematical finance, facilitating the calibration of rough volatility models. 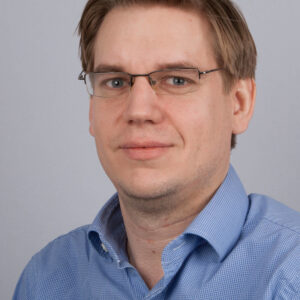 A front office quant in the eFX markets working on predictive analytics and alpha signals.

Jan has built up a quantitative offering at HSBC. Prior to joining HSBC, he was working in the Centre for Econometric Analysis on the high-frequency time series econometric models and was visiting lecturer at Cass Business School, Warwick Business School and Politecnico di Milano.

He co-authored a number of papers in peer-reviewed journals in Finance and Physics, contributed to several books, and presented at numerous conferences and workshops all over the world. During his PhD studies, he co-founded Quantum Finance CZ. 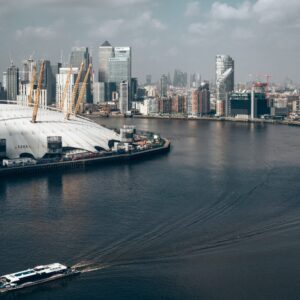 Michael Ogunkolade has graduated with a BSc in Physics from King’s College London and an MSc in Space Engineering from the University of Surrey, where his dissertation on the optimization of kernel PCA for anomaly detection sparked a career using Python to do Data Science. 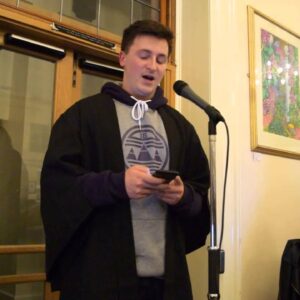 Henry is a quant for a proprietary sports trading firm having studied Mathematical Finance at Imperial College London.

Before his current position, Henry worked for Capstone Investment Advisors in their fixed income team and IHS Markit, where he completed his MSc thesis on factor investing in the automotive industry using machine learning.

Henry has experience programming in Python, C++, and R, along with Cuda, and has a particular interest in filtering techniques for signal processing. 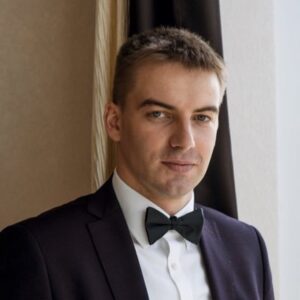 Ivan Zhdankin is a quantitative researcher with experience in diverse areas of quantitative finance, including risk modelling, XVA, and electronic trading across asset classes, including commodity futures and G10 and emerging market currencies.

Ivan was consulting various banks in quantitative modelling and has recently joined JP Morgan as a quantitative analyst.

He has become one of the first researchers to generate convincing results in electronic alpha with neural nets.

He has a solid mathematical background from New Economic School and Lomonosov Moscow State University, where he studied under the celebrated Albert Shiryaev, one of the developers of modern probability theory.